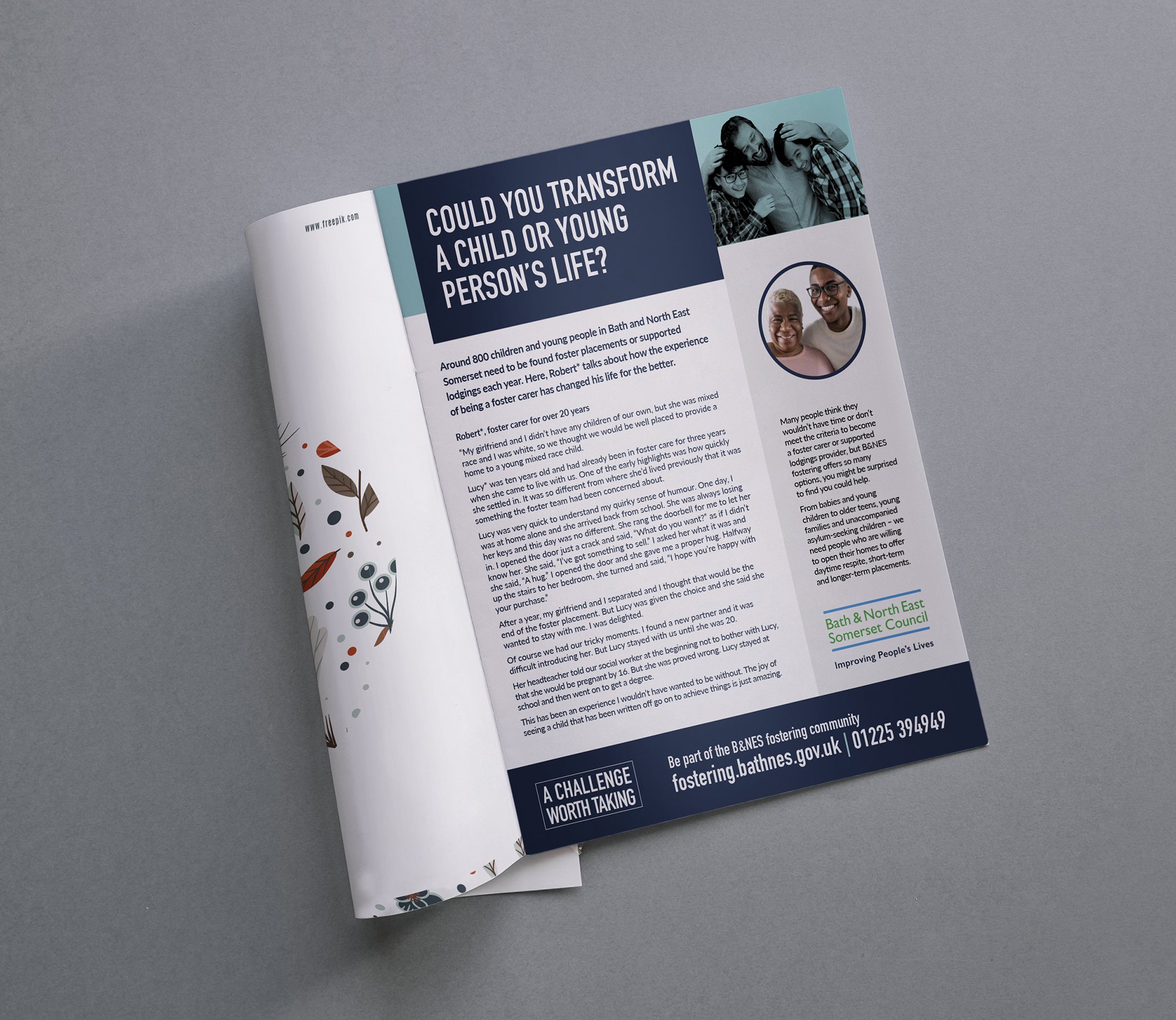 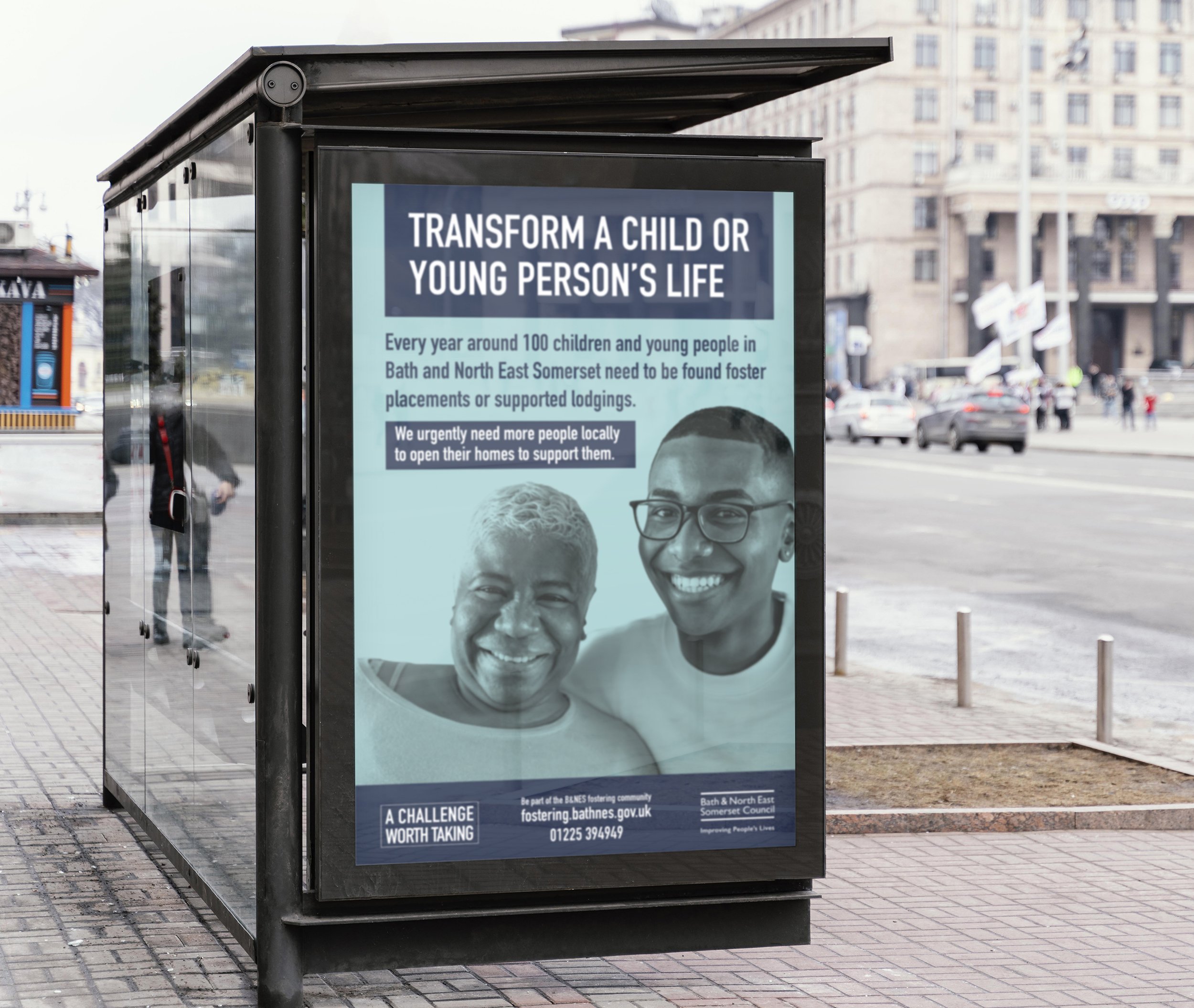 B&NES is responsible for finding placements for around 100 people a year. This number has increased by around 40% over the last eight years and the job has been made more challenging by the approximately 13% of foster carers who retire or leave every year.

The council were looking for an engaging, emotionally persuasive, multimedia marketing campaign to target people living and working in the local authority area, with a particular focus on attracting a greater diversity of people into the service by busting some of the common myths about the requirements needed to become a foster carer.

We opted for a story-led approach to the campaign, using the voices and stories of the carers and former cared-for young people, to create an authentic and emotionally engaging campaign. For visual impact, the design we created was modern and timeless, with strong use of bold headline quotes and hero images to reflect the diversity of the potential carers sought.

The campaign launched in Autumn 2021 with a burst of activity across a range of out of home locations, targeted social media, and supported with media relations to announce the new campaign.

For the second phase of the campaign in Spring 2022, we focused activity predominantly on social media. We created nine short videos from filmed interviews with foster carers and members of B&NES’ team and released these across Twitter and Facebook, as well as adding them to redesigned fostering webpages.

The results reflect the success of this approach, with the campaign generating an unprecedented number of visits to the website – over 10,000 visits in just one month. The team have also seen a big increase in enquiries.