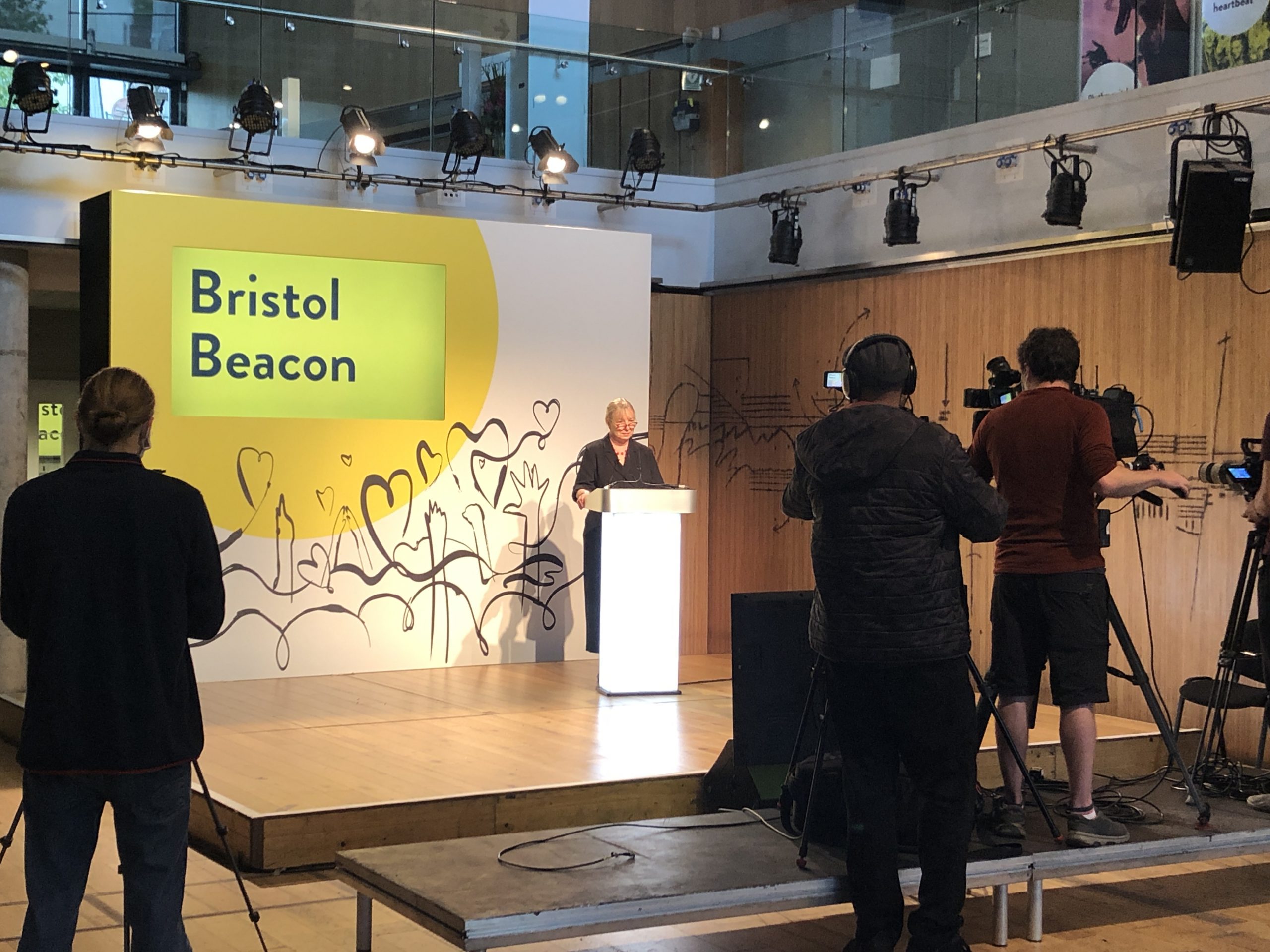 Bristol Beacon is the new name for what was Colston Hall – the 150-year-old concert venue in Bristol.

To create and support the announcement for the name change of Colston Hall in 2020, following a summer of Black Lives Matters protests, to remove the perceived association with the slave trader Edward Colston.

The new name for Colston Hall was originally due to be made in Spring 2020 but was delayed by the UK’s first lockdown. Following the pulling down of Edward Colston’s statue in June after a series of Black Lives Matters protests, it was decided that the name change should be completed.

With national and international interest in Bristol following Colston’s statue removal, and strong views about the changing of Colston Hall’s name, an announcement event was required that would accommodate changing COVID-19 restrictions and be accessible to a global audience.

Strike worked with Bristol Music Trust and local partners to create an impactful, sensitive and inclusive event. Whilst needing to work completely digitally, it also needed to be designed to capture the essence of the values of the organisation – unity and joy through the shared experience of live music.

The virtual event, which took place in September 2020, included:

We use cookies to ensure that we give you the best experience on our website. If you continue to use this site we will assume that you are happy with it.Ok