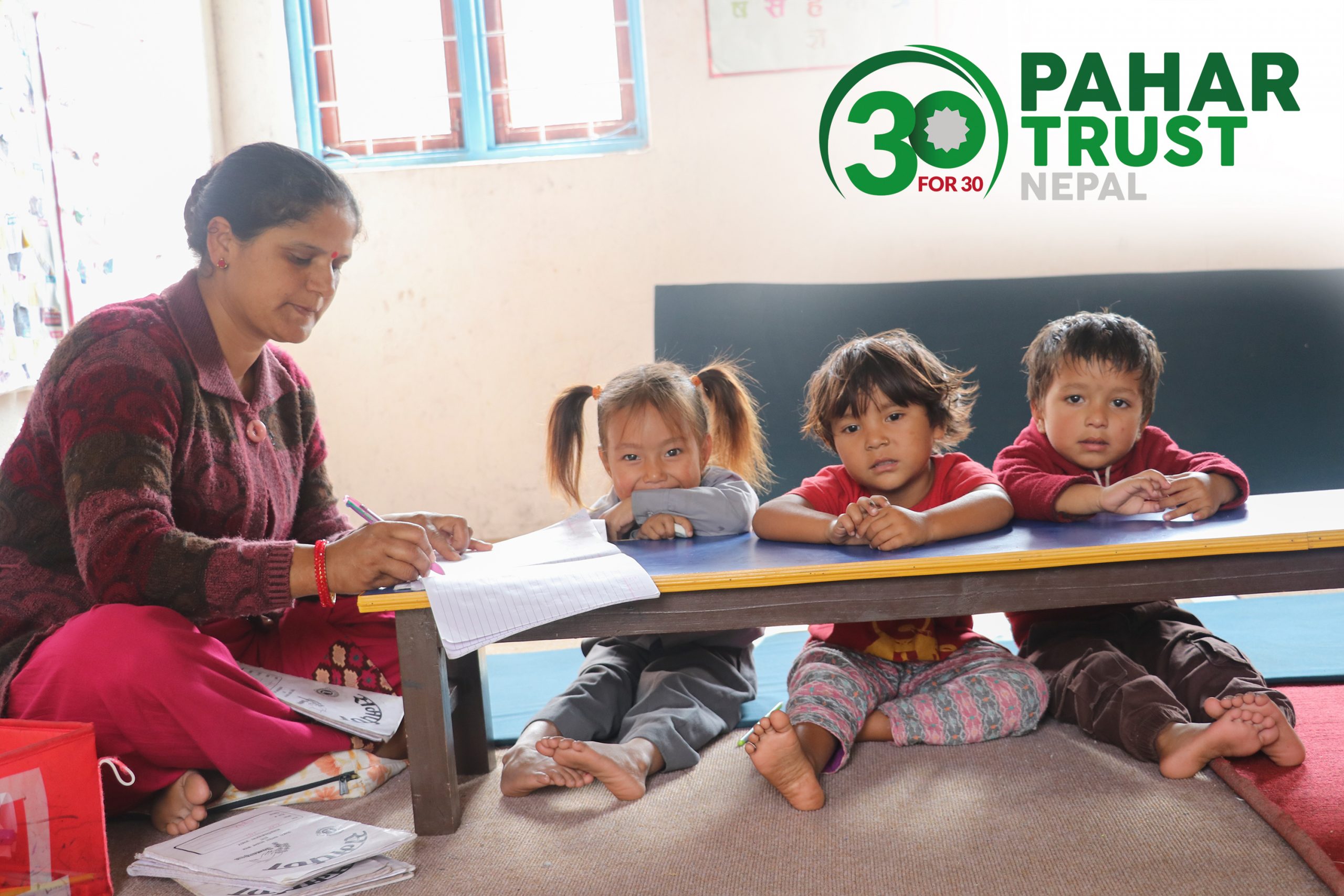 How to raise £100,000 in a pandemic for a UK-based charity working overseas

Pahar Trust Nepal (PTN) is a Bristol-based charity with links with the Isle of Man that builds and refurbishes schools, health centres and other essential buildings in rural communities of Nepal. Over 30 years, the charity has delivered around 250 projects, including renovating 159 schools – benefitting 40,000+ students.

The onset of the COVID-19 pandemic in 2020 brought a halt to much of its usual sources of fundraising. Strike was appointed to raise the charity’s profile and support their fundraising with the creation of a 12-month campaign to run for the whole of 2021.

The concept was simple –  a low cost, primarily online, campaign called 30For30 that would encourage people to raise funds even during Covid-19 restrictions.  The concept represented supporting early learning facilities in 30 schools in the charity’s 30th year:  a very targeted call to action.

The campaign was given its own identity and a number of high-profile ambassadors with links to education and Nepal (including Prof Alice Roberts and international photographer and explorer Levison Wood) were brought on board to help reach new and greater audiences, particularly on social media platforms. Assets including downloadable posters, Nepal themed party packs, social media frames and an infographic were developed.

The campaign was focused around three clear phases to ensure maximum engagement and avoid ‘fatigue’ or messaging staleness from the 12-month call out for fundraising:

First and foremost, the campaign achieved its objectives by beating its £50,000, target raising over £60,000 as a direct result of activities. With pledged match funding and local government support in Nepal, the final total was c.£100,000.

Regular media coverage throughout the year included a one-hour special feature on BBC Bristol, several pieces in Bristol 24/7 and SW Business Insider, mentions on the Isle of Man Radio and national press, and coverage in Bristol’s hyper local media.

Alan Sweetman, PTN’s Executive Director, said: “We are delighted by the performance of the campaign which has exceeded expectations, enabled us to reach new audiences and seen a significant increase in our supporter base. The campaign was a major step forward for our organisation and the way we approach marketing and communications.”